An empath learns to shield, sometimes instinctively, sometimes from other empaths or support groups. But it doesn’t feel right, something is missing, something important. If an empath builds a wall instead of a shield, nothing gets in and after a while, that will be detrimental to one’s mental and physical health as well as an empath’s ability to use their gift the way it is meant to be used: to help others.

There are a couple of alternatives.

First of all, hopefully it has been discovered by now that shields should have breathing room. Once an empath builds their shield, they should learn control of it too. It should be able to filter what an empath wants to allow in. Personally, I think one should always allow the good energies and emotions in, but sometimes even the good ones can be overwhelming (we’re actually being a vessel that holds energies and some people have only allowed positive energies to be normally half full, filling the rest of the way up, even with positive energies, still seems to cause discomfort for some people). So an empath should already have a filter. That way, when an empath needs to help someone, they can allow their energies and emotions in so they can get a reading, basic filtering stuff. So they can understand how to best guide the other person towards helping themselves. (Remember, the people you help just need to be guided, an empath should never do the work for them, just guide them. That way, in the future, these people will know how to help themselves!)

Sometimes, an empath needs to deal with a room full of people, family, friends, parties, etc.

It is possible to form a detachment from everything. Rather than working really hard to hold a shield or a filter, the empath detaches from everything around them. Only a healthy detachment and only under certain circumstances involving a lot of people. It certainly is not recommended for all situations. This would be worse than a shield that was held as a wall because too much continual detachment and one basically is no longer an empath.  The detachment alternative is definitely good for funerals.

Another powerful alternative could work for most anything. Energies and emotions need to flow. (I am of the belief that emotions are energy, so I often use the terms interchangeably.) It is important to allow the energies of the universe to have free reign, never trapped, never held, never owned, just allow the energies to be. 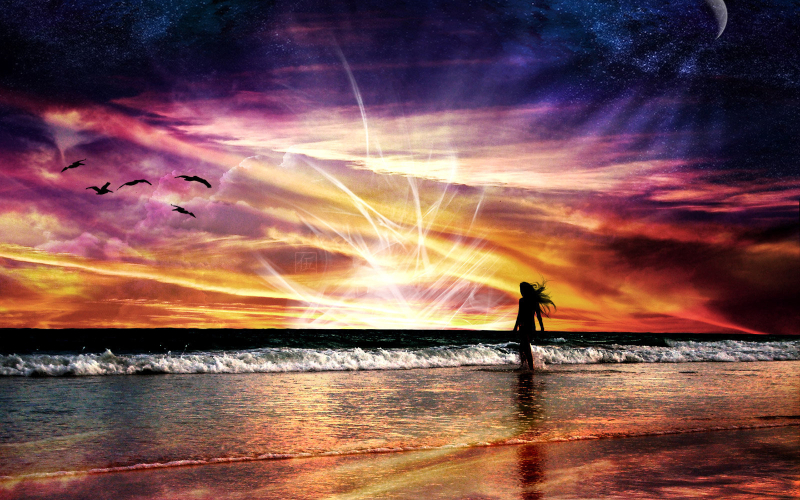 Energy flows. The universe is meant to flow. All the energies and emotions can flow through an empath, but the empath just lets them go, perhaps acknowledging them but always releasing them. One way is to imagine the energies flowing from the universe, through the crown chakra and then out the root chakra and then back again, circular. These energies can flow through all chakra points and actually revitalize the empath, empower them, heal them. Particular energies or emotions that an empath may need to read can be thrummed like a harp string, read and released. Eventually an empath can recognize from whence a particular stream of energy comes and pick up enough of it to read it and help the person the empath has chosen to help.

It is so important to remember to allow the energy and emotinos to keep flowing, though, like breathing.

Sometimes, instead of circular, one can envision this energy into the infinity symbol, and allow it to constantly flow around and through.

As long as a person doesn’t try to hold the energy, it will not harm them or their aura. Trapping energy or emotions will cause health issues and worse, it could blow a “fuse”. Allowing the universe, life, emotions, energies to simply flow will allow for all the good aspects of being an empath and none of the bad. It isn’t easy, but once learned, it is easily maintained. It takes a lot less work to allow the flow than to maintain a shield.

Like water, energy flows. Like air, energy breathes. Shielding blocks that flow, prevents it from reaching the empath.
Detachment allows the energy to flow, but basically the gift can not be utilized to help others.

Learning to accept the flow, allowing it to fill the empath and immediately releasing gives the empath all the benefits and allows them the opportunity to utilize their gift in the best manners possible.

Higher level of protection for empaths

2 thoughts on “Higher level of protection for empaths”