2. Being in public places can be overwhelming:
Places like shopping malls, supermarkets or stadiums where there are lots of people around can fill an untrained empath with emotions that are coming from others and be overwhelming.

3. Knowing:
Empaths just know stuff, without being told. It’s a knowing that goes way beyond intuition or gut feelings, even though that is how many would describe the knowing. The more attuned they are the stronger this gift becomes.

4. Watching violence, cruelty or tragedy on the TV is unbearable:
Even advanced level empaths tend to know to avoid watching the news. There is too much emotion, especially these days when the media uses the shock factor recklessly.
Fictional story reactions may vary with the empath.

6. Excellent listener:
An empath won’t talk about themselves much unless it’s to someone they really trust. They love to learn and know about others and genuinely care.

7. Others will want to offload their problems on you, even strangers:
An empath can become a dumping ground for everyone else’s issues and problems, which, if they’re not careful can end up as their own.

8. Always looking out for the underdog:
Anyone whose suffering, in emotional pain or being bullied draws an empath’s attention and compassion.

9. Digestive disorders and lower back problems:
The solar plexus chakra is based in the center of the abdomen and it’s known as the seat of emotions. This is where empaths often feel the incoming emotion of another, which can weaken the area and eventually lead to anything from stomach ulcers to IBS (too many other conditions to list here). Lower back problems can develop from being ungrounded.

10. Constant fatigue:
Empaths often get drained of energy, either from energy vampires or just taking on too much from others, which even sleep will not cure.

11. Addictive personality:
Alcohol, drugs, sex, are to name but a few addictions that some empaths turn to, to block out the emotions of others. It is a form of self protection.

12. Drawn to healing, holistic therapies and all things metaphysical:
Although many empaths would love to heal others they can end up turning away from being healers (even though they have a natural ability for it), after they’ve studied and qualified, because they take on too much from the one they are trying to heal. Especially if they are unaware of their empathy. Anything of a supernatural nature is of interest to empaths and they don’t surprise or get shocked easily. Even at the revelation of what many others would consider unthinkable, for example, empaths would have known the world was round when others believed it was flat.

13. Creative:
From singing, dancing, acting, drawing or writing an empath will have a strong creative streak and a vivid imagination.

14. Love of nature and animals:
Being outdoors in nature is a must for empaths and pets are an essential part of their life. Waterfalls are relaxing, the ocean clears emotions, even swimming holes help diffuse emotion. Water is an empaths best friend. Animals are natural empaths as well and we can easily share energy with them and we heal each other.

15. Need for solitude:
An empath will go stir-crazy if they don’t get quiet time. This is even obvious in empath children.

16. Gets bored or distracted easily if not stimulated:
Work, school and home life has to be kept interesting for an empath or they switch off from it and end up daydreaming or doodling.

17. Finds it impossible to do things they don’t enjoy:
As above. Feels like they are living a lie by doing so. To force an empath to do something they dislike through guilt or labeling them as idle will only serve in making them unhappy. It’s for this reason many empaths get labeled as being lazy.

18. Strives for the truth:
Anything untruthful feels plain wrong. Empaths sense lies and the lies can sometimes physically hurt.

19. Always looking for the answers and knowledge:
To have unanswered questions can be frustrating for an empath and they will endeavor to find an explanation. If they have a knowing about something they will look for confirmation. The downside to this is an information overload.

20. Likes adventure, freedom and travel:
Empaths are free spirits when they can be.

21. Abhors clutter:
It makes an empath feel weighed down and blocks the flow of energy. At the same time, a creative empath thrives on clutter. There really is no middle ground.

22. Loves to daydream:
An empath can stare into space for hours, in a world of their own and blissfully happy.

23. Finds routine, rules or control, imprisoning:
Anything that takes away their freedom is debilitating to an empath.

24. Prone to carry weight without necessarily overeating:
The excess weight is a form of protection to stop the negative incoming energies having as much impact.

25. Picking up physical symptoms off another:
An empath can sometimes develop the ailments off another (colds, eye infections, body aches and pains) especially those they’re closest to, somewhat like sympathy pains. This could also be a sign of the empath having a healing gift.

26. Intolerance to narcissism:
Although kind and often very tolerant of others, empaths do not like to be around overly egotistical people, who put themselves first and refuse to consider another’s feelings or points of view other than their own.
*Note: The definition of narcissism has changed because of the internet. When empaths talk about narcissists, they are not talking the clinical definition but rather the type of person who is the exact opposite of an empath.

27. The ability to feel the days of the week:
An empath will get the ‘Friday Feeling’ if they work Fridays or not. They pick up on how the collective are feeling. The first couple of days of a long, holiday weekend can feel, to them, like the world is smiling, calm and relaxed. Sunday evenings, Mondays and Tuesdays, of a working week, have a very heavy feeling.

28. Will not choose to buy antiques, vintage or second-hand:
This only affects some empaths, not all. Sometimes, things that have been pre-owned carries the energy of the previous owner. An empath will even prefer to have a brand new car or house (if they are in the financial situation to do so) with no residual energy.

29. Sense the energy of food:
Some empaths don’t like to eat meat or poultry because they can feel the vibrations of the animal (especially if the animal suffered).

30. Can appear moody, shy, aloof, disconnected:
Depending on how an empath is feeling will depend on what face they show to the world. They can be prone to mood swings and if they’ve taken on too much negative will appear quiet and unsociable, even miserable. An empath detests having to pretend to be happy when they’re sad, this only adds to their load (makes working in the service industry, when it’s service with a smile, very challenging) and can make them feel like scuttling under a stone.

If you can say yes to most or all of the above then you are most definitely an empath.

Empaths are presently having a particularly difficult time, picking up on all the negative emotions that are being emanated into the world from the populace undergoing huge transformations. Please check out other pages and posts on this blog for tips on dealing with the ever-changing energies.

Join our Empath Support Group for more discussions of this nature, plus much, much more!
https://www.facebook.com/groups/EmpathSupportGroup/

Traits of an empath – Updated for the modern empath 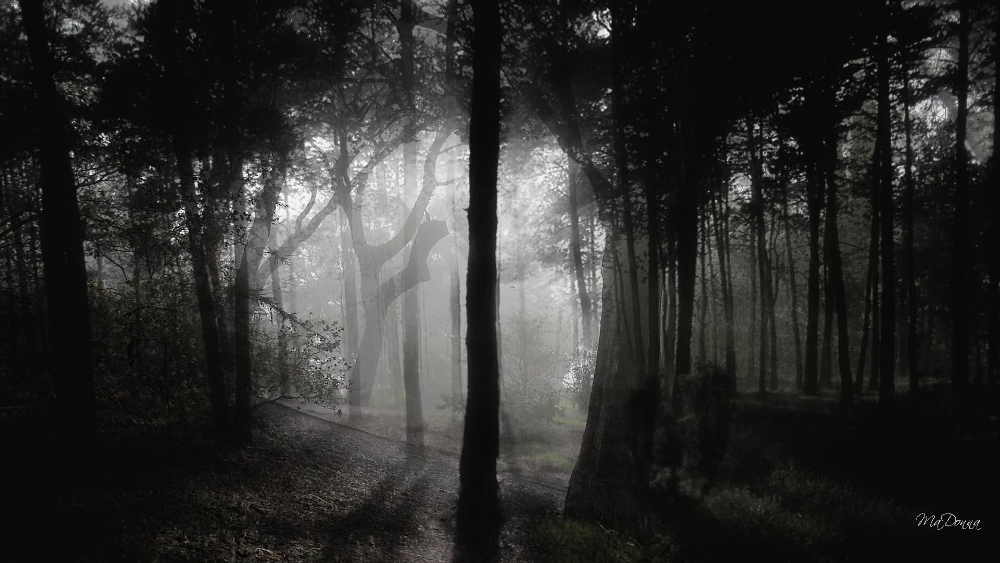 The Dark Side Of Empaths 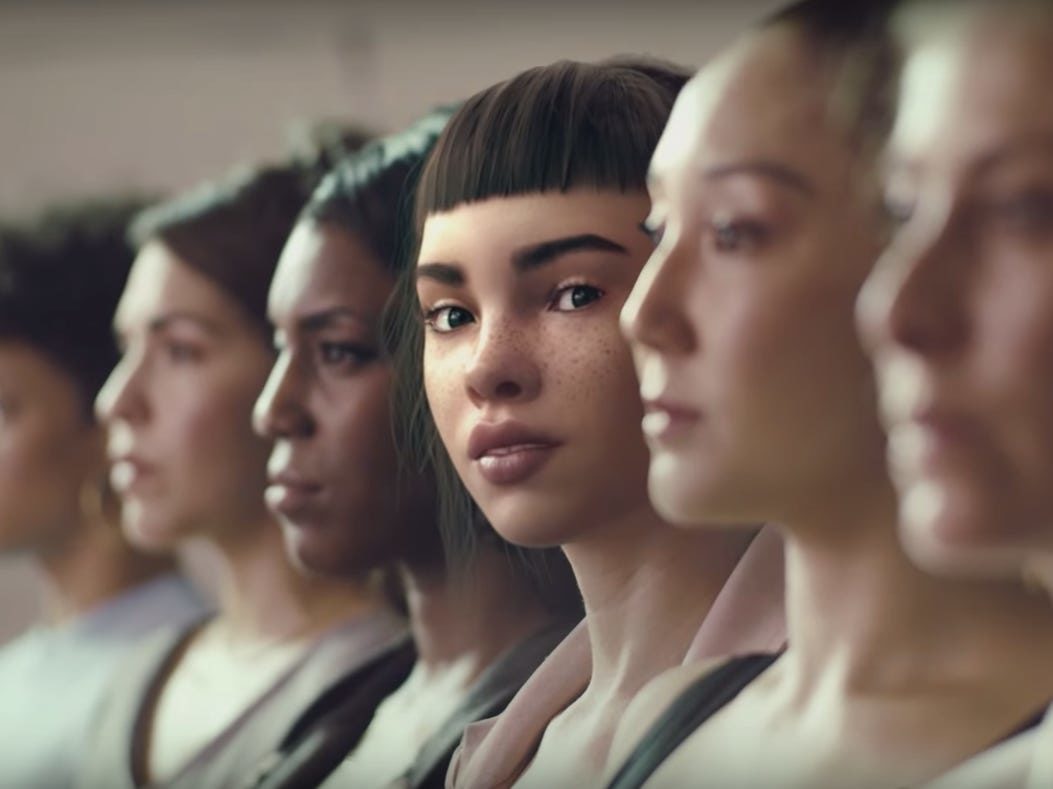